Following an eviction, a major source of dispute between landlords and former tenants is whether the evicted tenant must continue to pay rent on the premises, even though they no longer have a right to occupy them. As with most issues governed by state law, the outcome of a lawsuit for post-eviction rent varies by jurisdiction. In particular, Ohio, Kentucky, and Indiana all allow for the recovery of post-eviction rent in at least some circumstances.

Lawsuits for failure to pay rent post-eviction are based on a breach of contract. Unlike tort law, where the goal of damages is to place the victim back in the position they were in prior to the tort, the role of damages resulting from a breach of contract is to place the non-breaching party in the position they would be in if the contract had been fully performed. It is under this basis that courts may permit post-eviction rent, allowing landlords to collect rent for the remainder of the lease term for which they contracted. Other jurisdictions however view an eviction as a choice-of-remedy whereby the landlords may achieve immediate repossession of the property and sue for accrued rent but only by forfeiting the right to continue collecting rent.

Ohio and Kentucky permit landlords to recover rental payments for the remainder of the lease after the eviction of a tenant in most situations. In these states, the filing of an eviction notice terminates the tenant’s right to possession but does not terminate the lease itself or the other obligations of the parties. The apparent inequity, of requiring the evicted tenant to continue paying for the property while being denied its use, is permitted because it is the result of the tenant’s own breach of the lease. Nohr v. Hall’s Rentals, LLC, 2013 WL 462004 (Ky. App. Feb. 8, 2013). Imposing post-eviction rent also prevents tenants from refusing payment in order to exit a lease early. As landlords are entitled to receive rents for the entire contracted lease term, Ohio courts have noted landlords shouldn’t have to choose between eviction and collecting rent on the remainder of the lease. Dennis v. Morgan, 89 Ohio St.3d 417 (2000). In these states, rent continues to accrue after eviction until the end of the lease term or until the premises have been leased to a new tenant.

Indiana, by default, does not permit landlords to collect post-eviction rent. Indiana courts view the filing of an eviction as complete termination of the lease and ends the further accrual of rent. As quoted by the Indiana Court of Appeals, “it is a general rule that a tenant will be relieved of any obligation to pay further rent if the landlord deprives the tenant of possession and beneficial use and enjoyment of any part of the demised premises by an actual eviction.” Gigax v. Boone Village Ltd. Partnership, 656 N.E.2d 854, 858 (1995). Indiana does, however, allow for post-eviction rent to accrue if a savings clause is included in the lease. To be effective, the clause must be unambiguous and expressly state that liability for rent continues after an eviction. Landlords in Indiana should be careful to include such clauses in their lease agreements and ensure they are explicit to ensure the collectability of post-eviction rent.

A limitation in all three states to collecting post-eviction rent is the need for the landlord to attempt to mitigate its damages. Based in contract law, this requirement prevents landlords from receiving a windfall in rent from a tenantless property. Once the tenant has been evicted, the landlord must make a reasonable effort to lease the property to a new tenant. The obligation of the evicted tenant to continue paying rent is then reduced by the amount of rent paid by the new tenant during the remainder of the lease term. Failure to make a reasonable effort to lease the property can result in a forfeiture of some or all post-eviction rent. In Stumph Road Properties Co. v. Suchevits, the court found that an apartment complex did not take sufficient steps to re-lease an apartment and awarded damages for two months rather than the twelve months the apartment was vacant. Ohio 8th Dist. No. 86513, 2005 WL 2812751 (Oct. 27, 2005).

Courts examine the landlord’s efforts to lease the property in comparison to the efforts of a reasonably prudent person in determining if damages have been mitigated. Though it isn’t dispositive, whether a new tenant was found and the time taken to secure the new lease is a major factor. Courts also look to the amount of advertising, discussions with prospective tenants, placement with a realtor, placement of signs, and any other action taken to lease the property in determining whether mitigation occurred. Even with efforts to re-lease, an extended vacancy may not be considered reasonable by the court; the Ohio Supreme Court indicated a seven month vacancy “strains the limits of reasonableness.” Dennis v. Morgan, 89 Ohio St.3d 417, 420 (2000).

Landlords in Ohio, Kentucky, and Indiana can therefore generally expect to continue receiving rent after evicting a tenant so long as their leases, particularly in Indiana, are properly drafted and there are reasonable efforts made to lease the property.

** Many thanks to William Abbey for his contributions to this article.  William is a law clerk with Slovin & Associates Co., L.P.A. and student at the University of Cincinnati College of Law.  ** 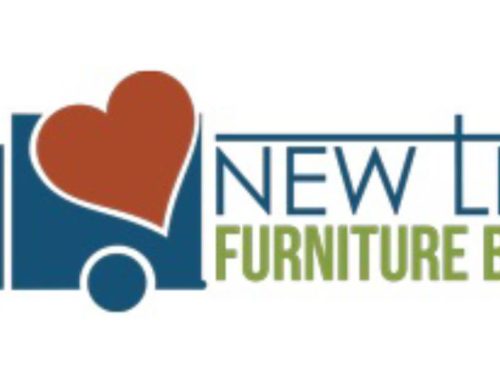 Why I Recommend Slovin & Associates Gallery

Why I Recommend Slovin & Associates